Interview with R. J. Palmer: How to Saddle Your Imagination and Ride It 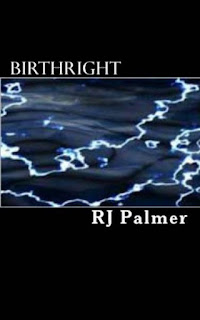 Most people might call it a little airheaded when I say that it didn’t hit me until I was in my early twenties that I even had talent and potential as a writer. Really when I finally understood that I wanted to be a writer it was one of those “facepalm” moments and I wanted to berate myself by saying, “Why didn’t you think of that before, you twit? DUH!” I really wasn’t that hard on myself or anything but I wanted to be primarily because, well, I was so OLD when I started writing. Ah well, better late than never I suppose.

Would you describe yourself as a creative child? Did you make up stories or express creativity in other ways?

Looking back on it, yes I can say that I was a very creative child. I could rock a brainstorming session and my parents tried to push me toward drawing but I can’t draw a straight line with a ruler, so that was out. My best drawings were the happy face doodles on my folders when I was bored in school. Other than that, I read a lot and had an insatiable appetite for the written word. Honestly, if someone couldn’t find me, I was curled up somewhere with a book I didn’t want to put down. When I wasn’t reading or drawing horridly lopsided and disfigured cartoons on my school folders, I couldn’t shut up. That probably should’ve been a clue to parents and teachers alike.

Your autobiographical notes are quite intriguing. You describe yourself as having an over-active imagination that finally got channeled into writing. Do you find other useful outlets for your imagination when you're not writing?

Does cooking count? I have several taste testers around the house, just ask the kids and every once in awhile, I’ll experiment with something new. Sometimes it turns out and sometimes it doesn’t but it’s never fun or interesting if you don’t try. If I don’t write or have some kind of creative outlet, I’ve figured out that I can’t sleep so well because I can’t get the rampaging thoughts that are swirling chaotically around in my head to settle down for long enough to fall asleep. It’s horrifying when I’m getting to a really good part in a book I’m writing because I’ll toss and turn until the wee hours of the morning if I don’t either get up and write or concentrate on clearing my mind.

What inspired you to write Birthright?

Sheer unadulterated penniless boredom. I had had the idea for Birthright revolving around in my head for years and just hadn’t acted on it so when I was out of money and totally at loose ends one winter I just sat down and started to write. Birthright came out and I discovered a passion for writing. Writing is now something of an addiction for me. I gotta get my fix!

What methods do you use to enhance your creativity (i.e., certain music, total solitude, etc.)

When I was writing Birthright, it was nothing less than Mozart all the way and it did the trick. Now that I’m writing Sins of the Father, I like total quiet because it helps me focus and center myself. Sometimes I wish someone would tell that to the kids and the dog. I can’t complain too much though because the dog hangs adoringly on my every word and it strokes my inner ego-centric.

How do you get yourself back in motion when you get stuck?

Sometimes when I’m writing something that’s just everyday stuff I have to slog through it and get on with it. I was plagued up until a few months ago with the most horrible case of writer’s block ever though and it took me months to get past it. I tried everything from the advice of others to reading back over my own work to see if there was something there that might spark my creativity and nothing until I sat back and almost gave up to start writing another project. At that point it was like BLAM! Something went off in my head and I’ve been writing every spare moment since pretty much. I guess I just needed to quit beating my head against the figurative brick wall and relax.

How does a mother of six find time to write?

All kids go to school and sleep sometime. I love early in the morning when the kids first go off to school because the house is quiet and I can write. I hate getting up at six a.m. to get them off to school but I guess that little sacrifice is worth it in the end. I do so love school!

Do your children inspire your creativity?

All the time, my dear. I look at the little things the kids do and the funny little ways they act and whether anyone knows it or not, which is something I’m sure no one ever really will know, I incorporate small aspects of my children’s personalities into my writing. It helps to make the characters come alive for me and maybe someday the children will notice this and realize how much I cherish them. Then again, maybe not.

Do you feel that being an indie writer gives you greater scope for your creativity and literary imagination?

I’ve never regretted the decision to go Indie because I have free license to make professional and creative decisions that I wouldn’t otherwise have. I have creative control over my own work and when my work comes out in publication, it looks a lot more like me and my work. It echoes my thoughts and personality more than it would if I had to deal with a publishing house and though I’m not contemptuous of the work and sacrifice that traditionally published authors have had to go through, I can smile and say, “Glad it’s them and not me.” That rocks!

What advice would you give someone who is hesitant to express his/her creative urges?

Disregard everyone else because I’m guessing someone somewhere down the line was very jealous and made a tart or rude comment that turned you off to the idea of being creative. They need to shut up and get real because they’re always going to be the voice inside your head that says you can’t do it when you know you can. It’s far better to be yourself, be creative and fall flat on your face than never to bust out with what could be the next great work whether written or drawn or sung. I can respect having tried and failed because at least you tried and you learned from your failure. Build on that. If you don’t ever try, you can’t fail and that will never garner anyone’s respect, including my own. Wouldn’t you be kicking yourself in the posterior for years if you didn’t and someone else did?

Description of Sins of the Father:

A minister losing touch with his faith…

A severely autistic child with no past, no present and no real future…

An evil older than time itself…

When the boy Lucian is thrown into Aaron’s life with nowhere else to go all hell breaks loose and Aaron confronts things he never actually imagined could really exist in an effort to save one small, tortured child.

Aaron’s dreams, if they could be called such with their nightmarish quality, were dark and angry and brutal. Blood and fire; there was blood and fire everywhere and no matter where he ran, he could not get away. The blood and the fire chased him and no matter where and how fast he ran, he was endlessly pursued. Disembodied laughter and a voice echoed in his consciousness as well and they were filled with undiluted malice. He didn’t know what the voice was saying; the language was not familiar to him. The wealth of loathing and bitter rage that were infused into both the voice and the laughter were though and he shied away from them both even if he could not escape them.

There was also a great infinite black that was his constant albeit unwanted companion. It shadowed and followed him with lethal intent and an unquenchable thirst and that thirst was for blood. He didn’t know how he knew that but he did for there was a constant feeling or portent running through his dreams apace with the blood and the fire. It was as if whatever chased him doggedly in those dreams was whispering something to him that he could not hear with his ears, only with his deepest secret heart.

He tried desperately to ignore it but it would not be ignored. He tried with everything he was to run away and could not escape it. He tried to confront it but there was nothing there to confront. There was an invisible nemesis driving him to the trembling edge of madness from the confines of his dreams that would not be silenced or stilled and he couldn’t get that one idea out of his head.


Birthright is available at: 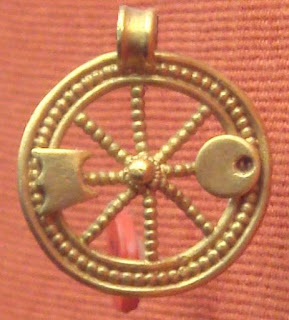