My Latest Book is Published 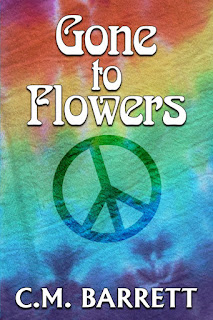 Gone to Flowers, available at http://www.amazon.com/Gone-to-Flowers-ebook/dp/B00714A7Z6

In Gone to Flowers, young people leave New York City in 1968 to live together on a rural commune.

Eli, hoping to conquer his fear of intimacy by moving in with seven other people, finds peace in the communal garden but can't make love blossom.

Mary casts off casual sex and avoids the potential prison of marriage and motherhood until her feelings for a bisexual man make vows of celibacy look like the worst idea since Selective Service.

Though Amethyst's parents tell her she can only be safe among Jewish people, she is determined to free herself of their fears. A master chef, she discovers some dangerous ingredients in her recipe for romance when her parents disown her.

Michael, a former junkie, envisions communal life as a permanent party with himself as host. He shakes his addiction to control others, but when he loses control of his libido, he risks his marriage.

Against the background of Vietnam, the Chicago Democratic Convention, Woodstock, My Lai, and Kent State, they pursue their visions. The snake in this fragile Eden, a seductive and disturbed teenager, brings their individual and collective vulnerabilities to the surface and thwarts their efforts to be true to themselves and each other.

Gone to Flowers will be free at Amazon on Wednesday, February 1.
Posted by Unknown at 2:25 PM 1 comment:

How to Crush Your Creativity: Anger

Anger is somewhat different from other emotions categorized as negative because sometimes the biggest problem we have with it is that we don't want to feel it. Many people have been raised to believe that anger is destructive, uncivilized, and overall, not very nice.

Attitudes are quite different in the world of animals. I have seen tiny kittens hiss and shriek with all their might when a big dog approaches them. Sometimes it's not the biggest but the loudest that wins or prevents a battle.

When we hold anger inside ourselves, we become candidates for high blood pressure, ulcers, and a number of other conditions. Anger, when used constructively, can relieve stress. When repressed, it creates stress.

Unexpressed anger also has a strong tendency to turn into the sour bile of resentment. (See previous post, no, not the cat. I understand he has no trouble expressing anger. It's the one before that.)

Solution
Give yourself an outlet for expressing your anger. For years I've recommended to my clients that they write down everything they'd like to say to someone with whom they're angry. Don't hold back. Say every terrible, vicious, and vindictive thing that you're feeling.

If you happen to be living with that person, put the file somewhere that it won't be found. Why not delete it? I would highly recommend and even urge that you do this eventually. However, I often find it helpful to cool down and read the letter a while after I've written it.

Once the heat has been dissipated, you may discover that some of the things you wrote range from ridiculous to hilarious. You may wonder why you were so upset about some of the subjects you covered.

These realizations help to train your awareness. The next time you feel anger coming on, you may have the mental acuteness to ask yourself if this is really such a big deal. That needn't stop you from writing about it. However, you might melt a few less keys as you do so.

Let me reemphasize: The release of anger is healthy, but the degree of healthiness depends on how it's released.

Oh, and don't forget to delete that document.
Posted by Unknown at 2:30 PM 2 comments: 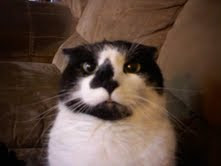 Many writers have cat companions. Notable authors include T. S. Eliot, Ernest Hemingway, and Mark Twain, who wrote, "Of all God's creatures there is only one that cannot be made the slave of the lash. That one is the cat. If man could be crossed with the cat it would improve man, but it would deteriorate the cat."

Today, I speak with Sammie, aka Hypnocat, who shares his expertise in managing his writer companion, Melissa Smith.

Would you tell us something about your history and how you ended up with Melissa?

Well as a newborn kitten, my mother had died and as a result, I hadnt been weaned yet. I ended up in an animal shelter with five of my brothers and sistes where Melissa and her family found me.

(Melissa says: We found Sam when he was about 4 weeks old and brought him home.)

I'm going to assume you chose them, since that's what any self-respecting cat would do.

Of course I did. Inside the cage I was sharing, I jumped up to the top shelf and stuck my paw out, reaching for some attention. It was love at first sight

I imagine that you have special responsibilities, living with a writer. How do you encourage her to keep on writing, and what other disciplines do you find necessary?

Well, she has to take time for me of course. And when i want some love, I have to intervene. My favorite way to get her undivided attentions is to simply lay on her computer. And of course, she's taken pictures. you can find them on her FB thingie under mobile uploads

Does Melissa have cats as characters in her books? If not, do you have any plans to change this?

Well, naturally I managed to convince her I had to be in her last work. I even pawed at her until she used my real name and even some of the things I usually do to get attention. I like getting my way

Of course, you do, you're a cat. Would you describe Melissa's books from a cat's-eye point of view?


Well, since I cant really read, I just like the way the words move across the screen. I really like it when she bounces the the pointy thing across the bright window she's forever pawing at.

I have heard her talk about her book though, and I guess it sounds interesting...to a human. But its about these things called gods and these other things called evils that these hulking men in her book have to capture.

Well, every writer needs a cat companion. We provide the necessary diversions they need when they start grumbling under their breaths about something not going to plan. I like being her diversion. I like being able to play for a bit then laying down to a nice long nap.

You may know that you have many fans on IWU (Indie Writers Unite!). Would you like to give a message to your devotees? 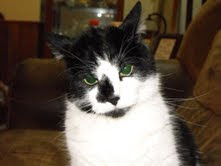 GIVE ME SALMON FLAVORED TREATS!

Wait! theres a bird at the window! BRB!

Thank you, Hypnocat. Would you like to add anything to conclude this interview, either about Melissa's books or about yourself?

My most favored human would love it if you checked out all of her books, but I would highly recommend Jealousy's Rage, since I'm in it of course.

I'll do that, Hypnocat. It's been a pleasure chatting with you.

Of course you liked chatting with me. Everyone does.

How to Crush Your Creativity: Resentment

The first entry in this series, How to Crush Your Creativity: Worry, appeared on Nov. 17.

(Note: For purposes of clarity, I exaggerate. Many people have milder forms of resentment than what's described below. However, if any of the attitudes and actions ring even somewhat true, it's time to detox.)

People often lack clarity on the difference between resentment and anger. Anger, to be explored in a future post, has an active, expressive quality as well as a feeling of relief once it's been expressed. (Note: this relief may only last until the next occasion for anger.) Resentment is more like a smoldering fire that doesn't achieve release or relief.

It's been called the act of taking poison and waiting for the other person to die.

Another aspect of resentment, worthy of highlighting, is that often people who don't want to feel anger believe that resentment, because it's less aggressively expressed, is an acceptable, even a polite, emotion.

To crush your creativity through resentment, do the following:

Notice with deepening misery how others succeed and you don't.

Frequently say, "It's not fair."

Look for examples of why it's not fair.

Get specific. Observe exactly why and how some people seem to have all the luck.

Believe that there's a small club of succeeders from which you've been excluded, probably deliberately.

Talk a lot to others about the various forms of unfairness you've noticed and experienced.

When you're not talking about it, brood about it.

Give up. Remind yourself often that if the world had been a more fair place, you might have succeeded.
Solutions

Stop giving away your power. In the end (and also in the beginning) you're responsible for both your creativity and its results. That doesn't mean it's your fault. It means you have the ability to respond to circumstances, which means you can choose how to respond.

Challenge
If other people aren't helping you, ask yourself if you're helping others. Develop the habit of helpfulness. At least once a day, find a way to help others on their creative journey. What goes around really does come around.

To take this a step further, believe in yourself. If you do, so will others.
Posted by Unknown at 8:59 AM No comments:

I didn't exactly make resolutions this year, although I have a multitude of goals. However, I received something wonderful in my email today, called 7 lovely logics. Here they are.

1. Make peace with your past so it doesn't spoil your present.
2. What others think of you is none of your business.
3. Time heals almost everything, give the time, some time.
4. No one is the reason of your happiness except YOU yourself.
5. Don't compare your life with others; you have no idea what their journey is all about.
6. Stop thinking too much; it's all right not to know all the answers.
7. Smile, you don't own all the problems in the world.

I plan to keep this on my desktop and read it regularly.

And speaking of regular, I will be posting more frequently, now that the holidays are over.

It's the Year of the Dragon!
Posted by Unknown at 12:18 PM No comments: